The Congressional Medal of Honor and Lowell Connections

With yesterday's announcement of Sgt. Ryan Pitts of Nashua, NH being selected as the latest recipient of the MEDAL OF HONOR I thought a rundown of past recipients with local connections was warranted. Sgt. Ryan Pitts was born in Lowell and served in Afghanistan in the U.S. Army 2nd Platoon, Chosen Company, 2nd Battalion Airborne, 503 Infantry Regiment, 173rd Airborne. The Congressional Medal of Honor is the highest award for combat valor 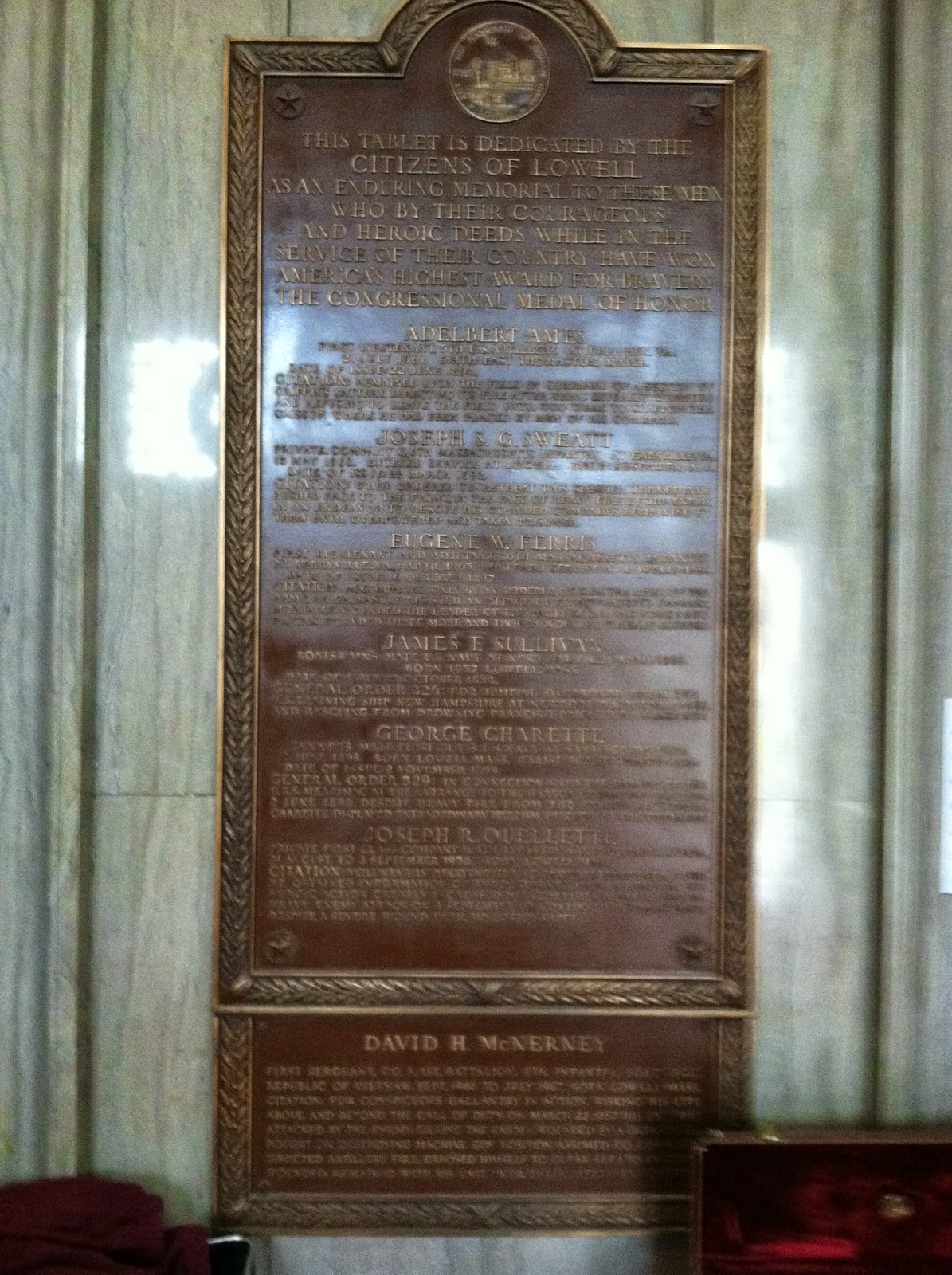 In the Hall of Flags at the Lowell Memorial Auditorium there is a plaque that was dedicated in 1952 to all the Lowell men who have are recipients of the Congressional Medal of Honor. The plaque was updated with the addition of David H. McNerney, after the Vietnam War.

Here is the list of the Medal of Honor Recipients with Lowell connections:

Joseph Taylor - US Army at Wendon, VA.. Lived in Lowell after Civil War. Buried in Edson Cemetery. I have a separate blog post about him.

George Charette - US Navy. Born in Lowell 1867. Spanish American War in connection with the sinking of Merrimac in Santiago Harbor Cuba. Buried in Arlington National Cemetery. Square in Lowell in his honor.

Thank you Sgt. Ryan Pitts and all those Lowell men that came before you.