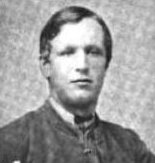 Joseph Taylor was born in Leeds, England December 16, 1847 and came over to the United States with his family and settled in Burrillsville, RI.  With his father’s permission he enlisted in the Seventh Regiment Rhode Island Volunteers August 11, 1862 at the age of 15. 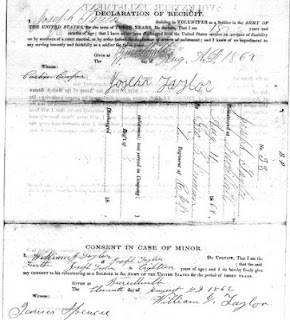 The following is the account of how Joseph Taylor came to receive the Medal of Honor:

“This morning one of the mounted orderlies at brigade headquarters was killed outside the picket line.  Joseph Taylor was detailed to take his place and assigned to A.A. Adjust-Gen. Peleg E. Peckham.  They at once started out and he relates:  “We were obliged to pass over a route lying through dense shrubbery, he leading and I following.  The high bushes swung back with a swish into the face of my horse, and finally, he would not stand it.  I commenced to lose ground, in order to keep up, took a turn off to one side to avoid the objectionable bush.  By so doing, I lost my superior, and while trying to find him, suddenly came upon three fully armed rebel pickets, members of the Sixteenth Georgia Tigers.  I was startled for a moment, but regaining myself, immediately whipped out a revolver, and, covering them demanded their surrender.  They were at my command, for each realized that the first that dared make a move would be a dead man with chances that all would be shot, as I could handle my revolver quicker than they could handle their guns.  I made them march in front of me and took them before Brig.-Gen. John I Curtin, of Pennsylvania, who inquired with an expression of great surprise where I got them.”  For this feat the corps commander at once recommended Private Taylor for a medal of honor, which came to hand in due time, July, 1897, or thirty-three years afterword.”  [1]

Joseph Taylor was living in Lowell, Massachusetts at 28 South Whipple Street in 1897.  In 1905 another bronze medal was given to him from the war department.  This medal was awarded under an act of Congress April 23, 1904 of the new design.  This medal was for his actions on August 18, 1864 at Weldon Railroad near Petersburg, Virginia. 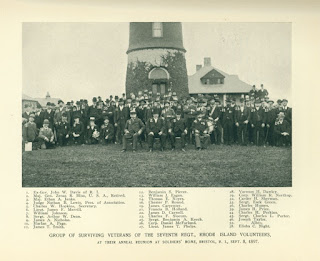 Joseph Taylor married Mary Francis Chapman April 29, 1868 in Waverly, Rhode Island.  They had one daughter Frances Taylor born in Rhode Island.  The family soon moved to Lowell, MA and Joseph worked as a wool sorter and was active in the G.A.R.  He returned to Rhode Island for reunions of his unit.  His wife died June 24, 1907 and her body was returned to Rhode Island for burial.  Joseph Taylor married his second wife, Alice Cram January 20, 1909 in Lowell, MA.  They had no children.  Joseph Taylor died February 24, 1914 in Lowell, MA and is buried at Edson Cemetery in Lowell, MA.  His second wife died February 24, 1944 in North Billerica, MA and is buried with him at Edson. 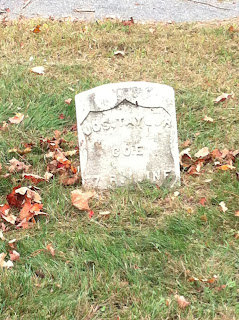 There are stories to be told about our Lowell area veterans.  We must honor their service.  It's the least we can do.