George Smith Patton, Jr was the in Great War and led the US Tank Corps.  He won the world's first tank battle in 1917 in Cambrai, France.  He started as a Captain but was promoted to Colonel during the war.  After the war he went back to Captain. 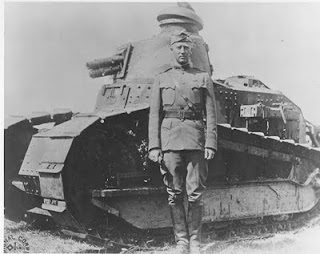 Why is this in the Lowell Doughboys blog?  George S Patton, Jr married Beatrice Ayer, the daughter of Frederick Ayer on May 26, 1910.   Her birthplace is now the Franco American School at the corner of School and Pawtucket streets.

Lowell City Hall was almost renamed for General Patton after his death following WWII.  When Beatrice learned it was not unanimous she asked them to not do it.  Beatrice died after being thrown from her horse at the Myopia Hunting Club in Hamilton, MA on September 30, 1953.

The Patton Memorial Society was formed in 1971.  Two plaques and a portrait of Patton were dedicated in the Memorial Auditorium.  Thousands of veterans marched in a grand parade.

Arthur R. McOsker Oval is located in the Highlands at Circle D Street and Harris Avenue near St. Margaret's Church. 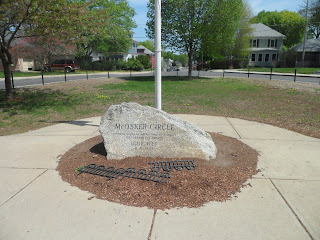 Private Arthur McOsker was a member of the 101st Regiment Company M.﻿  He was twenty years old and died in France.  He was the son of Mr. & Mrs. George McOsker of 17 Liberty Street.  He had been employed by various Billerica car shops.  He is buried in St. Patrick's Cemetery. 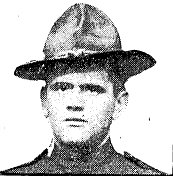 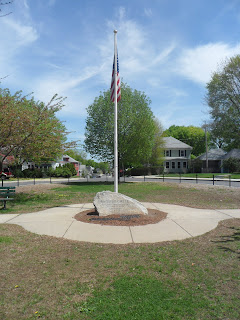