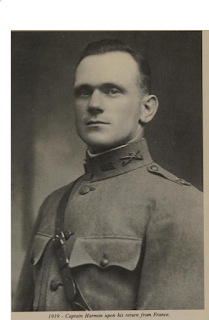 Ernest Nason Harmon was born in Lowell, Massachusetts on February 26, 1894 to Ernest Josiah and Junietta (Spaulding) Harmon. The family lived in Pawtucketville on 45 Chase Avenue. He was the youngest with two sisters and a brother.
He didn't know it until much later in life but he came from fighting stock. On his father's side of the family his 4th great grandfather fought in the Revolution and his mother is descended from the Spauldings who settled Chelmsford and fought at Bunker Hill. He didn't file for his Sons of the American Revolution membership until 1958.
His sister Mabel died when he was six, his father died when he was eight and his mother died when he was ten. His brother was eighteen and stayed in Lowell, his surviving sister was sent to Worcester and he was sent to West Newbury, Vermont to live with a family friend.
He grew up on farm of John and Minnie Durant in the small town of West Newbury, Vermont. He had many chores to do on the farm and he went to school. He graduated from Bradford Academy and spent one year at Norwich before receiving an appointment to West Point where he graduated from the class of 1917. He married on August 15, 1917 to Leona Tuxbury of Newbury, Vermont.
During World War One he served in the 2nd Calvary starting as a 2nd Lt and promoted to Captain right before sailing to France.
After the war he returned home to his wife and newborn daughter. In 1924 he participated in the Olympics in Paris in the pentathlon. He had three sons and two daughters who are all now deceased.  He continued his service in the Army at the Army War College and as an instructor at West Point. 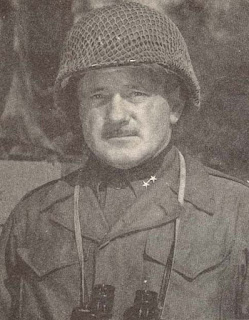 When WWII started he was assigned to command the 2nd Armored Division "Hell on Wheels" in North Africa and Italy with the rank of Major General. He commanded the 1st Armored Division in France notably at the Battle of Bulge. He is one of the most decorated WWII  Generals in the armored division. He received the Distinguished Service Cross, 4 Distinguished Service Crosses, Silver Star and 3 Legions of Merit. He was known as "old gravel voice" and was known for smoking cigarettes he bummed off his men while hanging with them at the front. He was also known as "the other Patton".
All three sons served during WWII and all survived.  General Harmon organized and commanded the US Constabulary to return order to post war Germany. He retired on February 29, 1948.
General Harmon served as President of Norwich University from 1950 to 1965. He greatly expanded the University and was very successful at fundraising. If you visit Norwich today you will see Harmon Memorial Wall and Harmon Drive named in his honor.
He died November 13, 1979 at the Veteran's Hospital in White River Junction, Vermont. On his death certificate his occupation is listed as "soldier".
His mother, infant sister and sister Mabel are all buried in the Edson Cemetery in Lowell. His father is buried in Unity, Maine. The General and his wife are buried in the Oxbow Cemetery in Newbury, Vermont.
Posted by Eileen at 7:46 PM No comments:

Email ThisBlogThis!Share to TwitterShare to FacebookShare to Pinterest
Labels: Battle of the Bulge, World War II 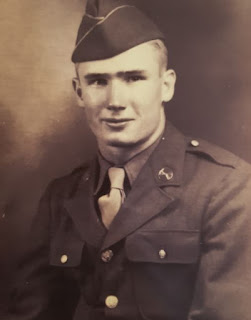 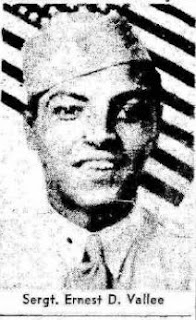 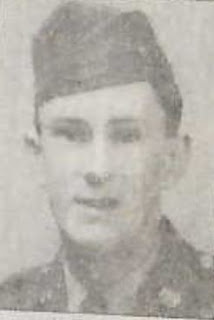 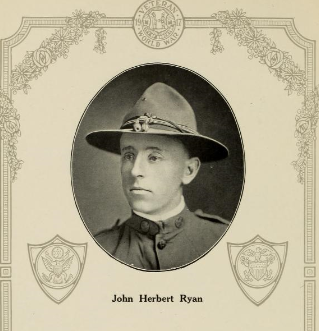 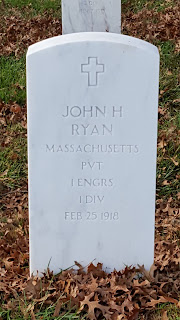 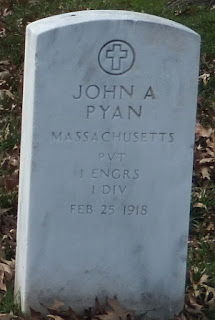 Posted by Eileen at 1:14 PM No comments: 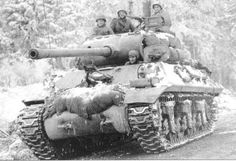 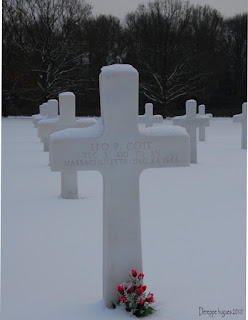 Forty nine men from Greater Lowell served during the Vietnam War and lost their lives serving for the United States of America. We remember them today and always.

The following link is a virtual cemetery on the find a grave platform that I created to list these gold star servicemen that sacrificed their lives for our freedom.  They paid the ultimate sacrifice.

You are not forgotten.
Posted by Eileen at 2:04 PM No comments: 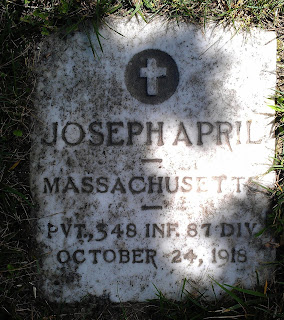 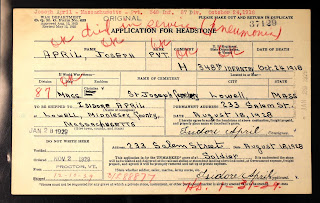 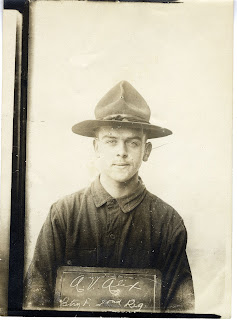