A great resource is researching the soldiers who died while serving in World War One is THE GOLD STAR RECORD OF MASSACHUSETTS.   Published by the Commonwealth of Massachusetts Commission on Massachusetts' Part in the World War in 1929.  Every public library in Massachusetts should have a copy of it. 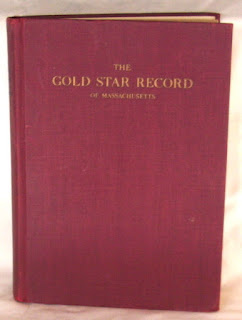 The copyright has expired on this book so it is available on-line.

Here is an example of a soldier that from Lowell that was killed in action.