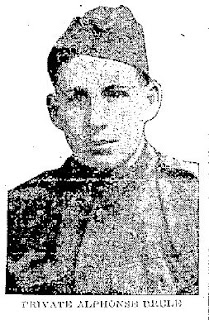 Posted by Eileen at 5:54 PM No comments:

Demetrios Banacos was the second of the last four remaining World War One Veterans of Lowell to pass away after receiving the Robert McCormick Tribune Medal in 1993.

Demetrios "Jimmy" Banacos was born December 6, 1893, the oldest son of Harry and Stamatico Banacos. He emigrated from Greece with his parents. His parents then had eleven more children all born in Lowell. They leased farmland on Varnum Avenue.

He graduated from Lowell High School Class of 1912. He enlisted in the U.S. Army in July of 1917. He left behind his brothers and sisters to take care of the farm and to fight for his new country.

Jimmy Banacos was injured by mustard gas during the war. However the injury was much deeper than burning of his lungs. He suffered from shell shock, now commonly referred to as Post Traumatic Stress Disorder (PTSD). He returned from war another man. He could no longer could speak.

Back then the effects of war were poorly understood. Treatments and therapies that we have today were undiscovered. Could they have helped Jimmy? Who knows?

According to a November 11th, 1993 Lowell Sun article, the family tried to get him help. Even sending him back to Greece to try some treatment. Jimmy came back to the United States, after some trouble proving he was a U.S. citizen. His family received help from Congresswoman Edith Nourse Rogers to prove he was an American citizen.

He lived in silence for 77 years. His mother visited him every Sunday for 45 years until her death in 1969. He never spoke a word to her. He died at the Edith Nourse Rogers Memorial Hospital on September 18, 1995 at the age of 101. 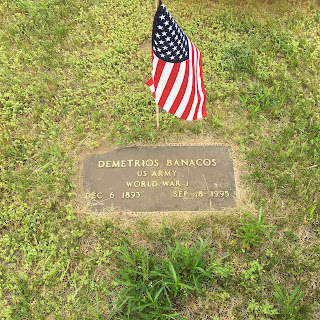 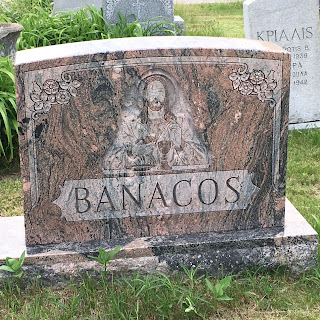 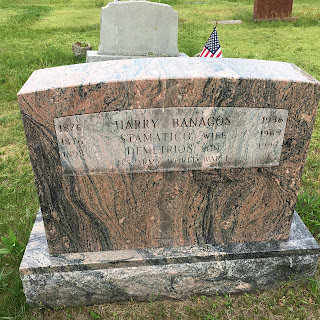 He is buried in the Westlawn Cemetery in Lowell with his mom and dad. God bless you Jimmy Banacos and the extreme sacrifice that you made for your new country. Thank you is not enough.

Posted by Eileen at 2:32 PM No comments: