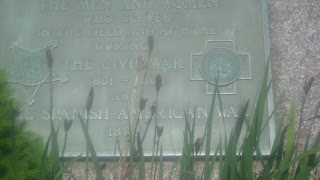 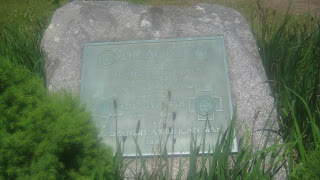 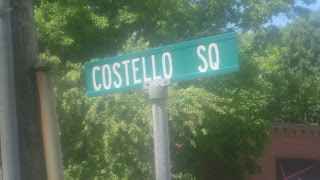 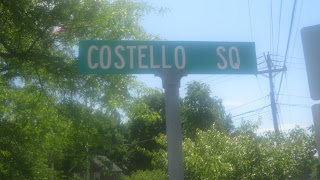 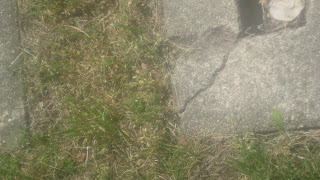 Costello Square is in the Collinsville section of Dracut and at the junction of Lakeview Ave and Mammoth Rd.  Here is the notice of his death:

Private James S. Costello, Battery C, Dth Artillery, son of Mr. and Mrs. James Costello of Collinsville, has been reported killed in action early in October. He entered the service Sept. 4, 1918, and owing  to previous military experience, sailed for France two weekends later. He was 20 years old and leaves his parents and two sisters. Mrs. Daniel Dorris and Miss Rose Costello, both of Collinsville.


In Flanders Fields the poppies blow
Between the crosses row on row,
That mark our place; and in the sky
The larks, still bravely singing, fly
Scarce heard amid the guns below.
We are the Dead. Short days ago
We lived, felt dawn, saw sunset glow,
Loved and were loved, and now we lie
In Flanders fields.
Take up our quarrel with the foe:
To you from failing hands we throw
The torch; be yours to hold it high.
If ye break faith with us who die
We shall not sleep, though poppies grow
In Flanders fields.
Posted by Eileen at 10:47 AM 1 comment:

Frank Woodruff Buckles is the only living U.S. veteran of the great war.  He is 109 years old.  This is his story.