Seventy years ago this month the United States captured a tiny volcanic island off the coast of Japan. The Japanese had three airfields on the island. The battle for Iwo Jima began on February 19, 1945 and ended March 26, 1945. 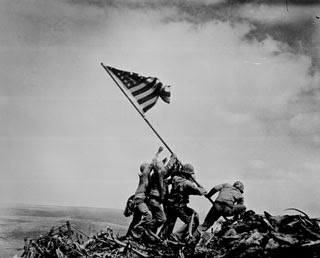 
The United States Navy and Marine Corps lost over 7,000 men. The greater Lowell area  lost men during this two month battle as well.

March 25th is an important day for the Greek community remembering Greek Independence Day.  The Greek community in Lowell is an important part of Lowell's history and culture. The Greeks left Greece to come to America to seek a better life and many of the them ended up in Lowell. Peter and Catherine (Ivos) Scondras came to Lowell and started a family. They had six sons of which four served during World War II. Two sons were killed in action. David was killed in action in Europe and James was killed in action on Iwo Jima on February  25, 1945 two days after the flag raising.

Lieut. James P. Scondras, USMC also known as "Jimmy and the Big Chief" was a graduate of the Bartlett and Lowell High School class of 1938. He was one of the best athletes to come out of Lowell High. Before he enlisted in the Marines he was an outstanding baseball player at Holy Cross College. Had he survived the war he was good enough to turn pro. He was awarded the Silver Star for actions a few days prior to his death.  His body  was returned to Lowell in 1949 along with his brother David killed in action in France and his cousin Sgt. Costos Ivos, shot down over Germany,  where an impressive funeral was held and burial at Westlawn Cemetery.

The gymnasium at the Rogers School on Highland Street is named in honor of Lieut. James P. Scondras.

Please remember the Scondras and Ivos family and their contributions to the Lowell community.

More to come tomorrow on the other greater Lowell heroes who died on Iwo Jima.

Posted by Eileen at 6:12 PM No comments: 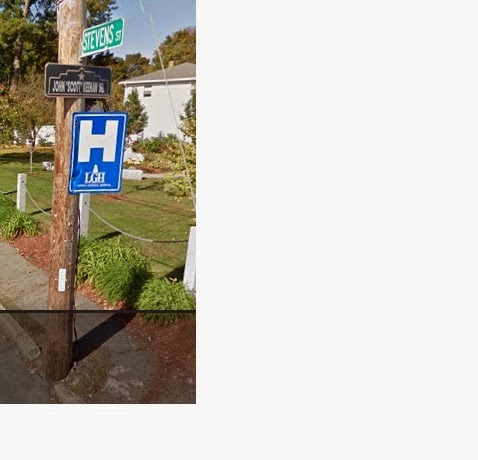 Grew up in the Highlands on Viola Street with his grandparents, Irene & William Scott. Graduated from Lowell High School Class of 1966. Married to Anne Kelley Keenan of Bedford, NH with two children Kelley and John Scott. After six weeks in Vietnam he was killed. He was a helicopter pilot. The intersection across from the 99 on Chelmsford Street is named in his honor. He is buried in St. Patrick's Cemetery in Section I Lot 213.