The Dallaire family of Lowell had five brothers serving in World War II. Their parents Peter and Anna (O'Donnnell) Dallaire were deceased but there were two sisters Monala and Anna living in Lowell. The family was raised on 126 West 6th Street in Centralville. The dad was the local barber. 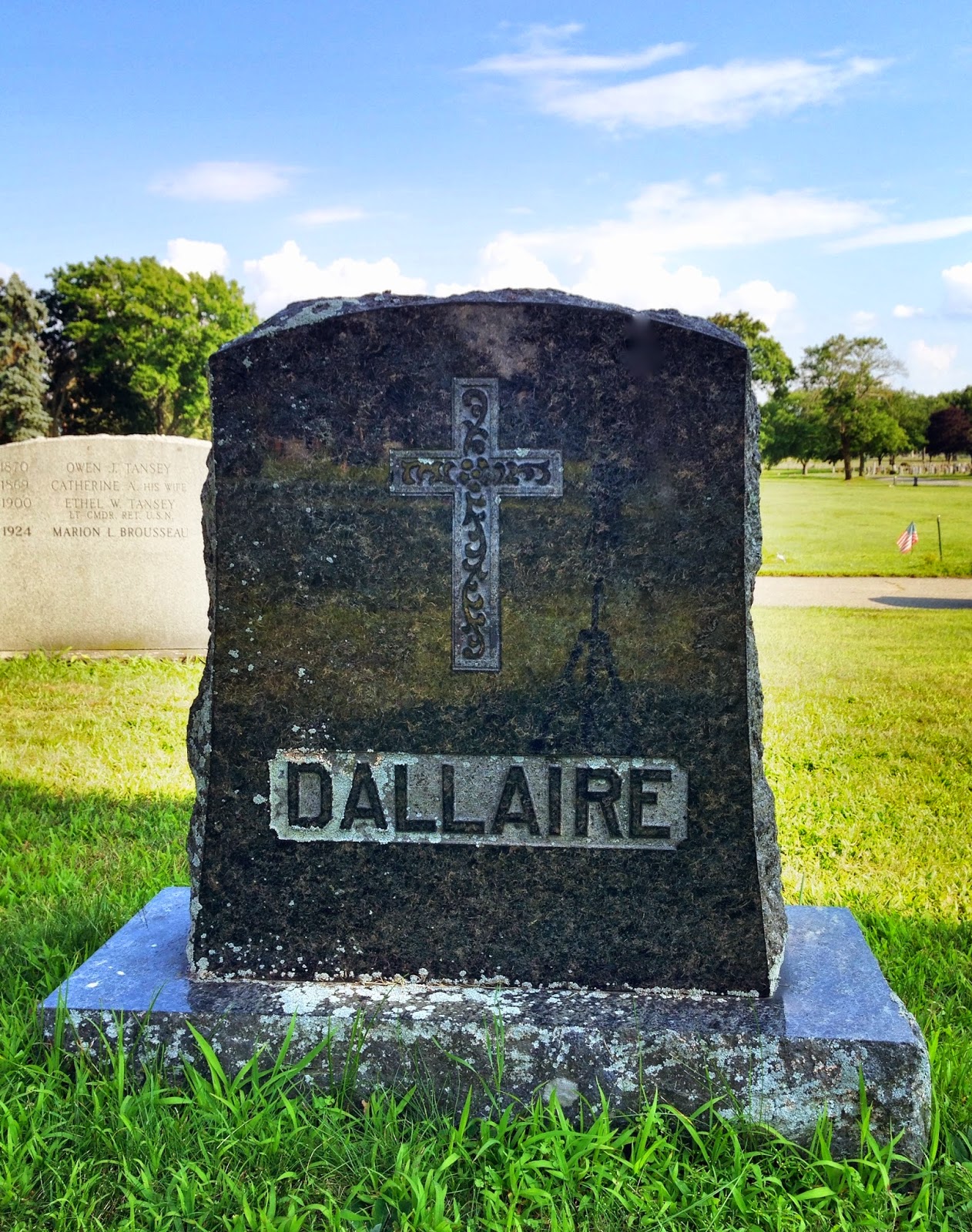 During the second world war everyone was all in. Many families had many members in the service. For the Dallaires it was Victor in the Marines, Clement in the Coast Guard, Arthur in the Army, Wilbert in the Navy and Albert in the Army Air Forces.

Arthur was a private in the US Army 18th Infantry Regiment. He was killed in action January 12, 1943 in Tunisia.

Albert was a staff sergeant in the Army Air Forces 379th Bomber Squadron. He was a holder of the Silver Star for shooting down a Japanese transport. He was killed in action over Italy on August 27, 1943. He enlisted in New York.

Wilbert was an Ensign the US Navy for over sixteen years. He was Chief Signalman on the submarine, USS Grayling which went missing near the Philippines September 9, 1943. He is credited to California.

Victor Dallaire was given an honorable discharge and sent home. Clement was stationed with the Coast Guard in Maine. Five brothers serving the United States of America, three killed in action and two made it home.

During WWII, the USS Junea was struck by a Japanese torpedo and all five Sullivan brothers were killed. This is the true story behind the movie "Saving Private Ryan". Soon after the war the United States developed the Sole Survivor Policy to try to prevent a family from losing all their sons or daughters in war. The Dallaire family came pretty close.

Albert and Arthur Dallaire are buried the Sicily-Rome American Cemetery in Netuttuno, Italy. Wilfred is with his mates in the submarine USS Grayling somewhere near the Philippines. He is listed on the Tablet of the Missing at the Manila American Cemetery.

This Lowell family made a huge sacrifice for us. We thank them and we remember them.

After the war Wilbert's widow and 2 year old son located back to Massachusetts. Sadly, they both died in a carbon monoxide poisoning accident ten years later. They are buried in St. Patrick's Cemetery.

Posted by Eileen at 1:01 PM No comments: