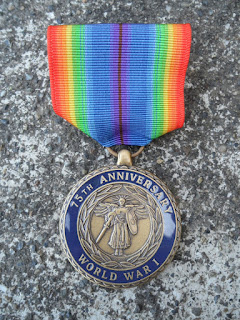 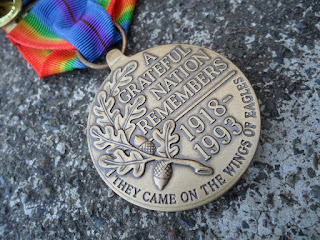 Posted by Eileen at 2:08 PM No comments:

Most people in Lowell are familiar with the American Legion Post 87 at 684 Westford Street near Tyler Park. Let's talk a little history.

The American Legion was formed in 1919 right after World War One. American Legion Post 87 was formed on July 25, 1919 in the Community Hall located at the current site of the Club Diner on Dutton Street. It's first officers were: Walter Scannel, Commander; John O'Rourke, Sr. Vice Commander; Joseph T. Sullivan, Jr. Vice Commander; Eli B. Hart, Quartermaster; James F. McCready, Adjutant; Winifred C. MacBrayre, Historian; John Graves, Officer of the Guard; John King, Sentinel; James Brown, Insurance Officer. At first I thought the Historian was a female but it's a male.

In 1922, Post 87 had their quarters in the newly completed Lowell Memorial Auditorium. They became the largest Post in Massachusetts. Dues were three dollars a year. In June 1950 they purchased the Harry A. Thompson Estate, located at 684 Westford Street near Tyler Park in the Highlands section of Lowell. Harry Thompson was the treasurer of the Moxie Corporation for 40 years and the son of Augustus Thompson the inventor of MOXIE. Arthur Thompson sold all of his stock in 1943 thereby severing the Thompson family connection and the Lowell connection with MOXIE. 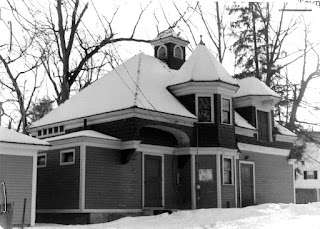 The post renovated the house and carriage house for their purposes until the house was destroyed by fire in 1963. At that time the post raised money and built the current facility that stands today. Not only does the American Legion support veterans it also supports the community in many ways. Please remember all the current and deceased members of American Legion Post 87 this upcoming Memorial Day weekend. 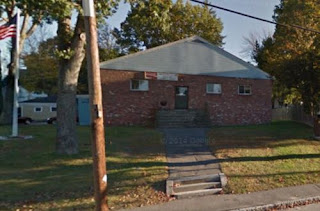 I wonder if the bar serves Moxie?
Posted by Eileen at 2:08 PM 1 comment:

The first soldier from Lowell killed during World War One was Pvt. James William McClellan who was mortally wounded on April 6, 1916 and died the next day. He was 22 years old.

He was the son of Andrew and Sarah (McCann) McClellan of 32 Rock Street, Lowell, MA. He was born in Lowell on April 12, 1894. In the 1910 Federal Census, at age 16 his occupation was listed as trimmer in a shoe shop. He had attended St. Patrick's Boys' Academy.

He left for Toronto and enlisted in the 36th Battalion of the Canadian Expeditionary Force on April 16, 1915. He first set sail for England. In the early part of February 1916 he was sent to France to fight. He received a fatal gunshot wound to the head on April 6, 1916 and died on April 7, 1916. His name is listed on the Doughboy memorial in the Acre. 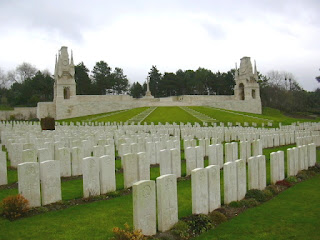 He is buried in the Etaples Military Cemetery in Nord Pas-de-Calais, France. He was survived by his parents, brothers George and Joseph and sisters Sarah and Mrs. Mary Gibbons.

Please remember James McClellan who left home to never return again. We will not forget.
Posted by Eileen at 1:44 PM No comments: