Corporal Joseph H. Worthy was born in Boston September 26, 1891 the son of Joseph and Elizabeth O'Hare. His father was born in Ireland. This second generation Acre resident worked at the U.S. Cartridge Company as a moulder and attended St. Patrick's Church. He joined the National Guard and served during the trouble at the Mexican Border before World War One.
﻿
﻿
﻿ 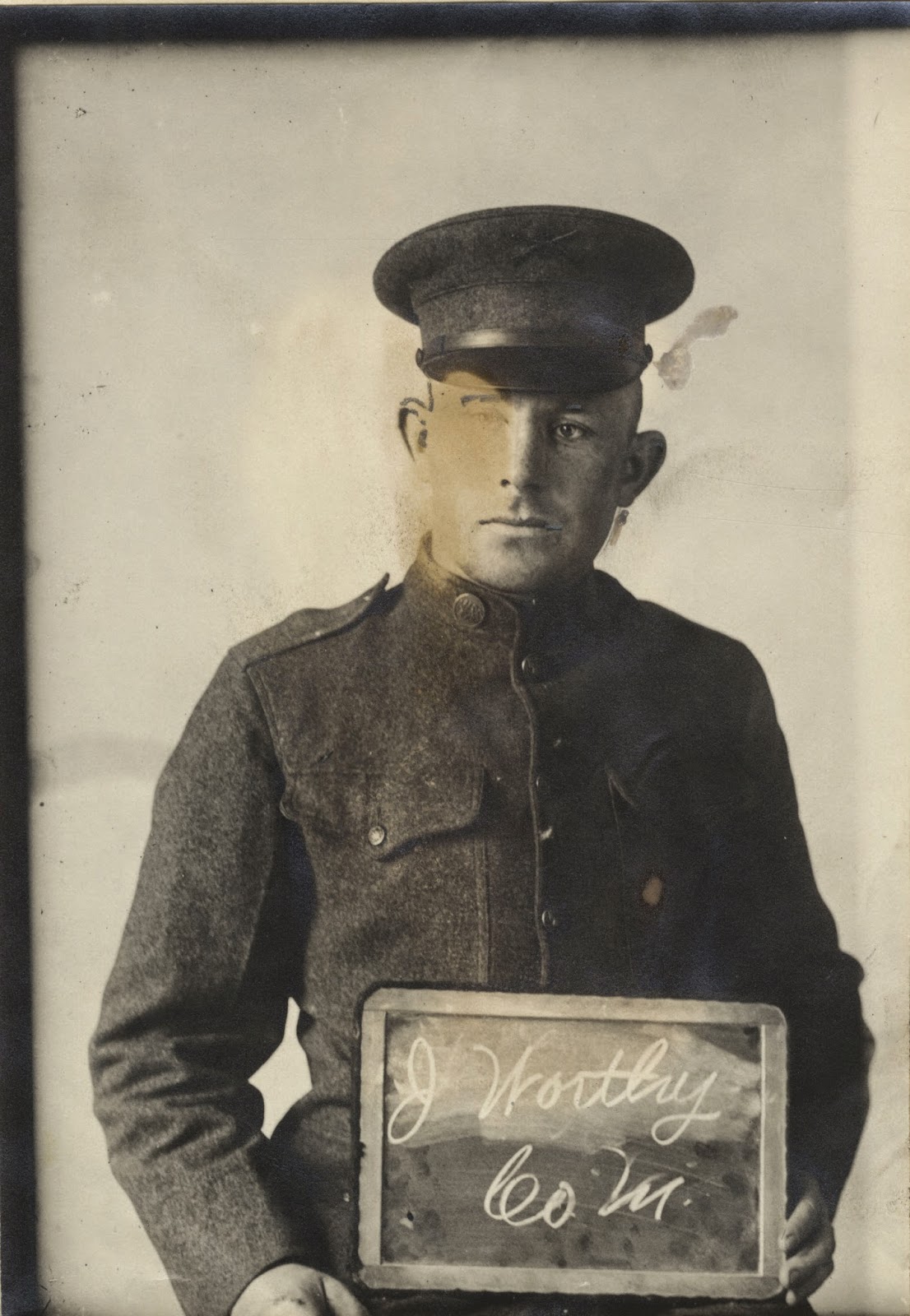 Corp. Joseph Worthy was a member if the 101st Yankee Division Company M that many Lowell men fought with in France. They were one of the first to fight. He was killed along with three other Lowell men during the Second Battle of the Marne in Vaux France on July 15, 1918. Their names are Pvt. Francis M. McOsker, Pvt. Arthur McOsker and Pvt. Philip Chalifoux all of Company M.

Joseph Worthy was survived by his father Joseph, sister Mrs. Martin Brick and brothers John and Richard. His mother died in 1912. He is buried in St. Patrick's Cemetery in Lowell. A square is named in his honor at the corner of Broadway and Dutton Streets.

Shortly after the war his brother was contacted by a soldier from Boston, Sergt. H.L. Ryder that he was the one who discovered Joseph Worthy's body. He was dead and holding a prayer book. The book was "Remembering the Eucharistic Mission at St. Patrick's Church, Lowell, April 1918" with 95 Adams Street inside the cover. It is thought that he was praying when he died. He returned the book to the grateful family.