In the Oakland Cemetery in Dracut lies the body of Rear Admiral Joseph Giles Eaton, his first wife, Mary Ann Varnum Eaton and his nine year old daughter Isabella Varnum Eaton. He was a war hero from the Spanish American War as the Commander of the USS Resolute during the battle in Santiago harbor. Yet he was buried here in haste with no military honors and only three so called mourners. One of them probably being the person that killed him.

Joseph Giles Eaton was born in Greenville, Alabama on June 29, 1847 to William Pierce Eaton and Sarah Brazier. He attended school in Lockport, NY, Union Academy in Worcester, MA and graduated sixth in his class from the United States Naval Academy at Annapolis in 1867. He married Mary Ann (known as Annie) Varnum from Dracut in 1871. They had one child who tragically died from cerebral meningitis at age nine in 1883. The family lived in Washington, DC during most of his 39 years of Naval service. He retired in 1905. 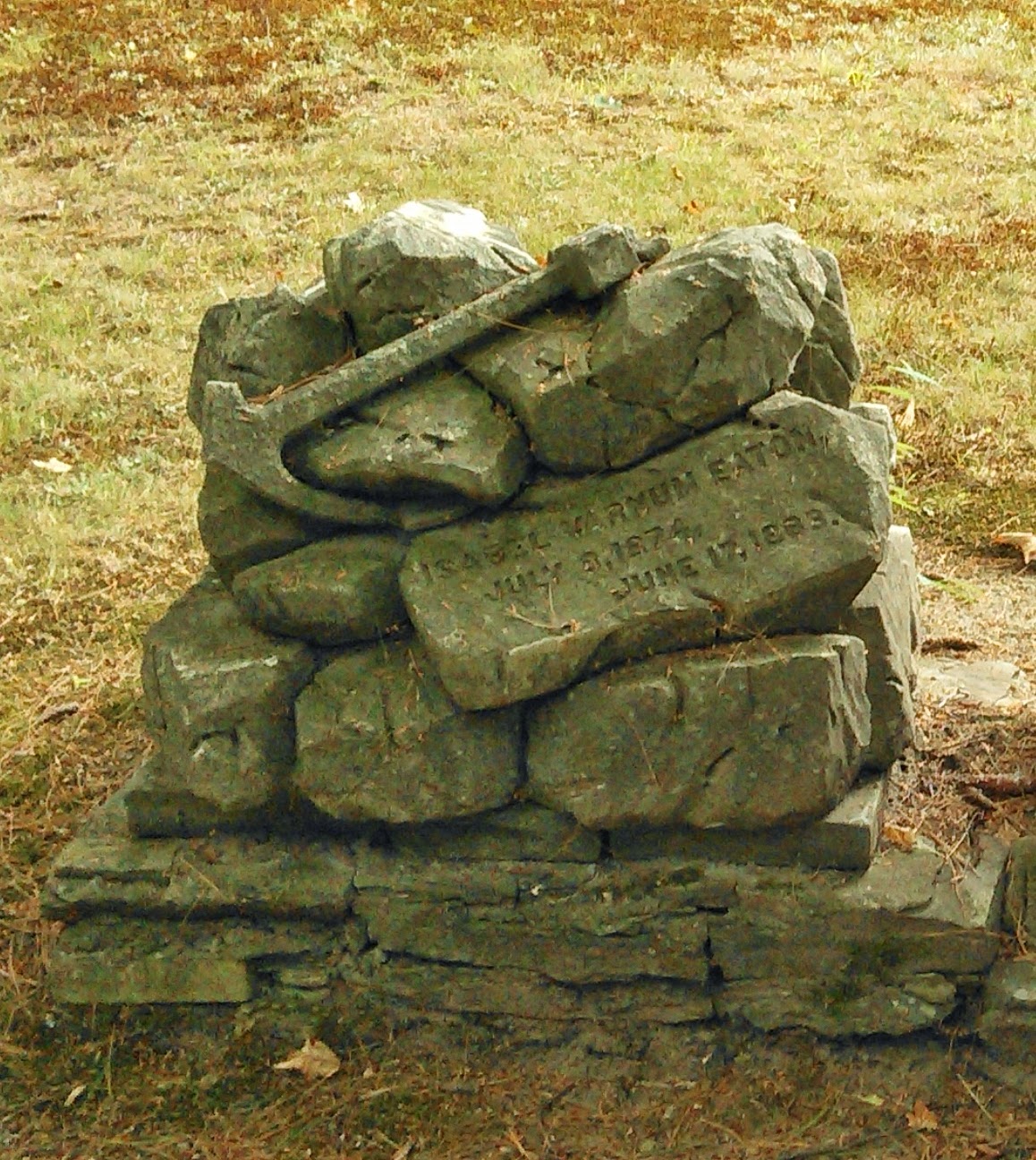 In 1906, Annie, the Admiral's first wife was very sick. They hired a private nurse, Jennie May (Harrison) Ainsworth to attend to her. She was a descendent of President William Henry Harrison and a cousin of President Benjamin Harrison. She was living apart from her estranged husband Daniel Henry Ainsworth a known drunkard. After Annie's death, the Admiral married  her nurse Jennie Ainsworth. If she was divorced from Ainsworth or not is of some question. The Admiral however gave her the money to complete the divorce.

For a time the couple along with his two step daughters lived a good life in Brookline, MA. He was a member of the Algonquin Club of Boston. He had a Navy pension of $15 a day which back then was very good. Rumor had it that the Admiral's wife was giving her ex-husband money without the Admiral's knowledge.

The family moved to Norwell with a summer home in Scituate. The old Admiral, 20 plus years older than his wife, adopted an infant after both pretending his wife was pregnant. Within a month the baby was dead. She accused him of poisoning the infant. An autopsy was done and no foul play was detected. Soon everyone knew the baby was not their biological son. The baby is buried at Union Cemetery in Scituate. The home in Norwell is now a real estate office but looks very similar to the farm house. 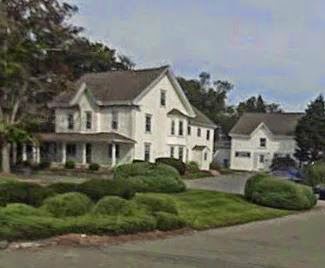 Assinippi Farm Norwell, MA - Courtesy Google Street View
The Admiral left the family for some time but they reunited. Their life was not the happiest. The Admiral may have taken to drinking. His wife was mentally unstable. His oldest step daughter got pregnant, had the baby and got married. Not to the baby's father. She was later divorced and committed to Taunton State Hospital living alongside Jane Toppan.

The Admiral turned up dead in his bed in March 13, 1913. He was sixty six years old. His second wife was suspect almost immediately. The funeral was stopped by the police. An autopsy was ordered from Harvard Medical School. She arranged his burial in the Oakland Cemetery in Dracut. He died of arsenic poisoning.

The Admiral's wife, step daughter Dorothy and newpapermen came on the train with the body to Lowell. The funeral director took them to Dracut's Oakland Cemetery. He was buried with his first wife and young daughter. No military honors - no flag on the casket - no Naval escort. The next day the police were convinced the wife poisoned her husband. She was arrested and spent seven months in a Plymouth jail until the trail. Admiral Joseph Giles Eaton Headstone - Oakland Cemetery - Dracut, MA
﻿
After a sensational trial Mrs. Jennie Eaton was acquitted. She testified in her own defense. Most people thought she was guilty. Newspapers across the world carried news of the trial. On June 13, 1914 the Admiral's wife remarried her first husband Daniel Henry Ainsworth. She had inherited all the Admiral's assets. Her husband manages to get arrested seven times in the next year for drunkenness. Next Mrs. Jennie Ainsworth and her daughter Dorothy McMahon get arrested for leaving the second baby out of wedlock by her daughter Margie Ainsworth. They take the baby (which is not developing normally) and leave it on the steps of a doctor's office in Brookline, MA. The baby dies days later. They both served suspended sentences.

The entire Ainsworth and McMahon families move to Washington, DC and open a bread and breakfast near the Capitol and manage to stay out of the news for the rest of their lives.

Rear Admiral Eaton is noted in many newspapers and books as being a Medal of Honor Recipient but I can not find proof that he is. He has truly been forgotten by the unfortunate circumstances of his death. Please remember the Admiral and his naval service to our country.
Posted by Eileen at 9:35 PM