Ground was broken on November 11, 1927 for the Pawtucketville War Memorial in memory of the seventeen men who died during World War One. The Gold Star Mother's of the district had the honor of breaking ground. The memorial was located on the riverbank of Riverside Street. 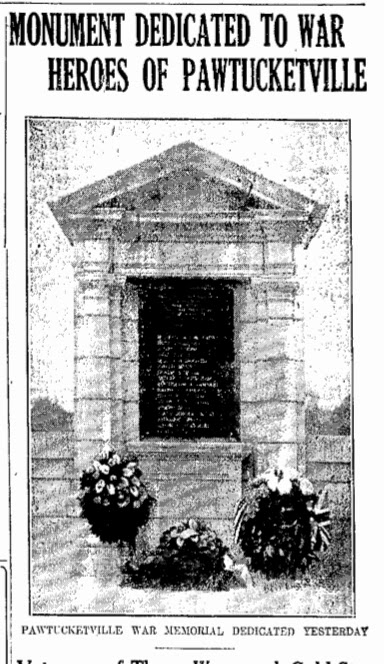 On May 31, 1928 the impressive monument was dedicated. Medal of Honor recipient, George Charette and ten surviving members from the G.A.R. posts in Lowell including Chief Marshall Dudley L. Page and 6,000 residents attended the dedication.

Sadly the Flood of 1936 damaged the monument and it had to be moved. There was a lot of controversy as to where it should go. On November 11, 1940 it was moved to the Riverside Street side of the School Street bridge.

Again the monument had to be moved when the V.F.W Parkway was built. The state was responsible for moving it and damaged it. They paid $3,000 to replace it with the marker that is now on the Varnum Avenue side of the School Street bridge. The City of Lowell appropriated $500 for the inscription. This monument was dedicated May 30, 1951.  Since we were involved in the Korean Conflict at the time and World War II had recently ended, this memorial is for all who gave their lives during wartime from Pawtucketville. They paid the ultimate price for our freedom. Thank you. 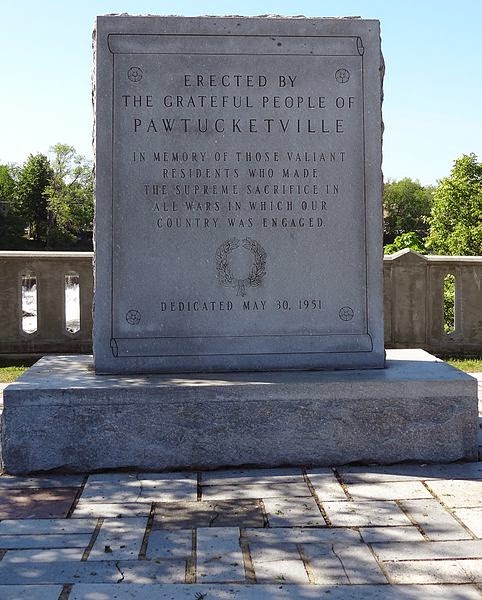 Can't help but wonder what happened to the old cornerstone.
Posted by Eileen at 4:30 PM