Most people in Lowell know the story about April 19, 1861 when Ladd, Whitney, Needham and Taylor were killed in Baltimore at the very start of the Civil War. Ladd & Whitney are buried in Monument Square in front of Lowell City Hall. Sumner Henry Needham of Lawrence was not instantly killed but died a week later in Baltimore after unsuccessful brain surgery.  He never gained consciousness from the blow to the head by the rebels on Pratt Street. He is buried in Bellevue Cemetery in Lawrence. Charles A. Taylor was also killed and is buried in Baltimore. I'll save that story for another day. 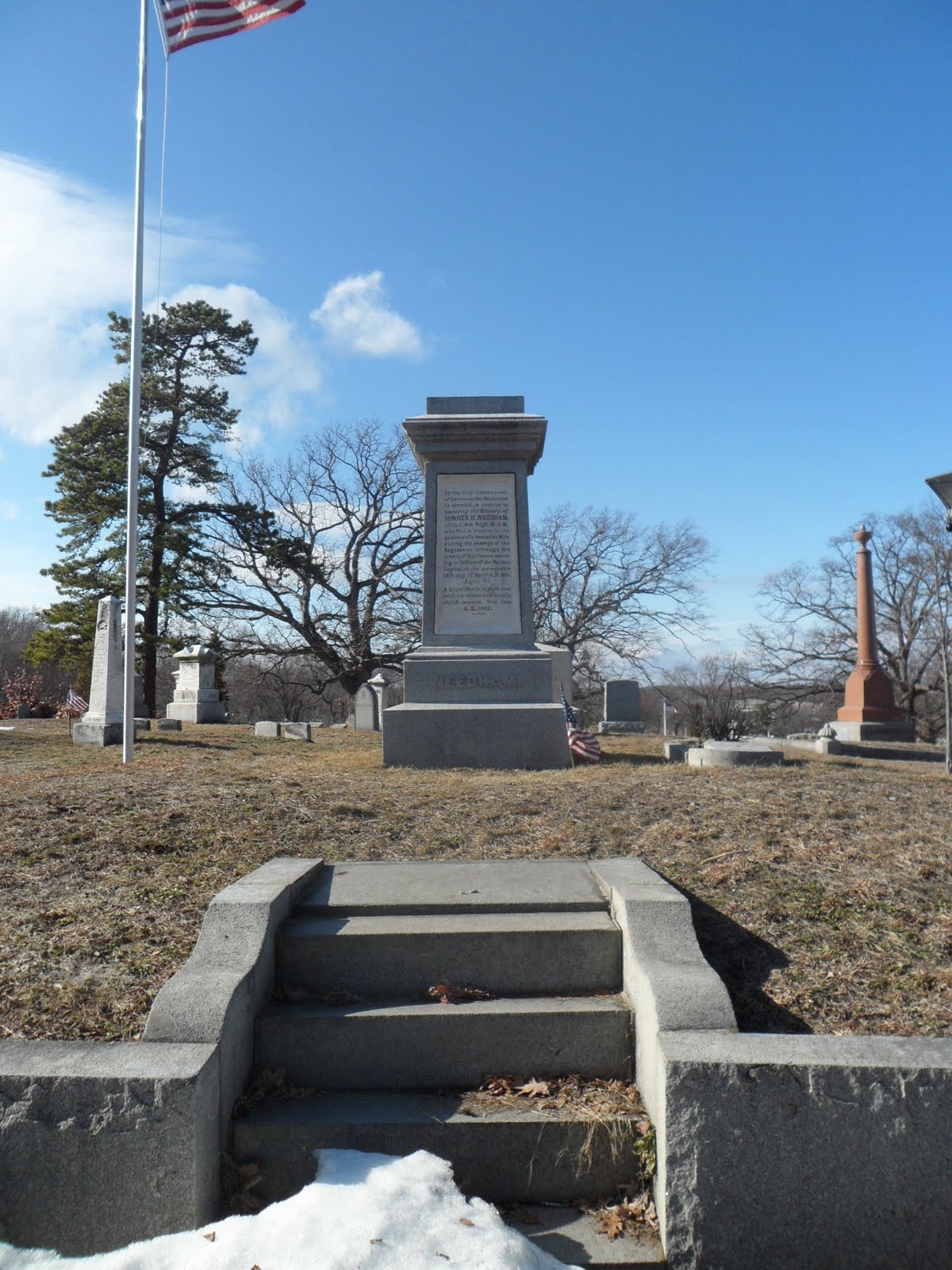 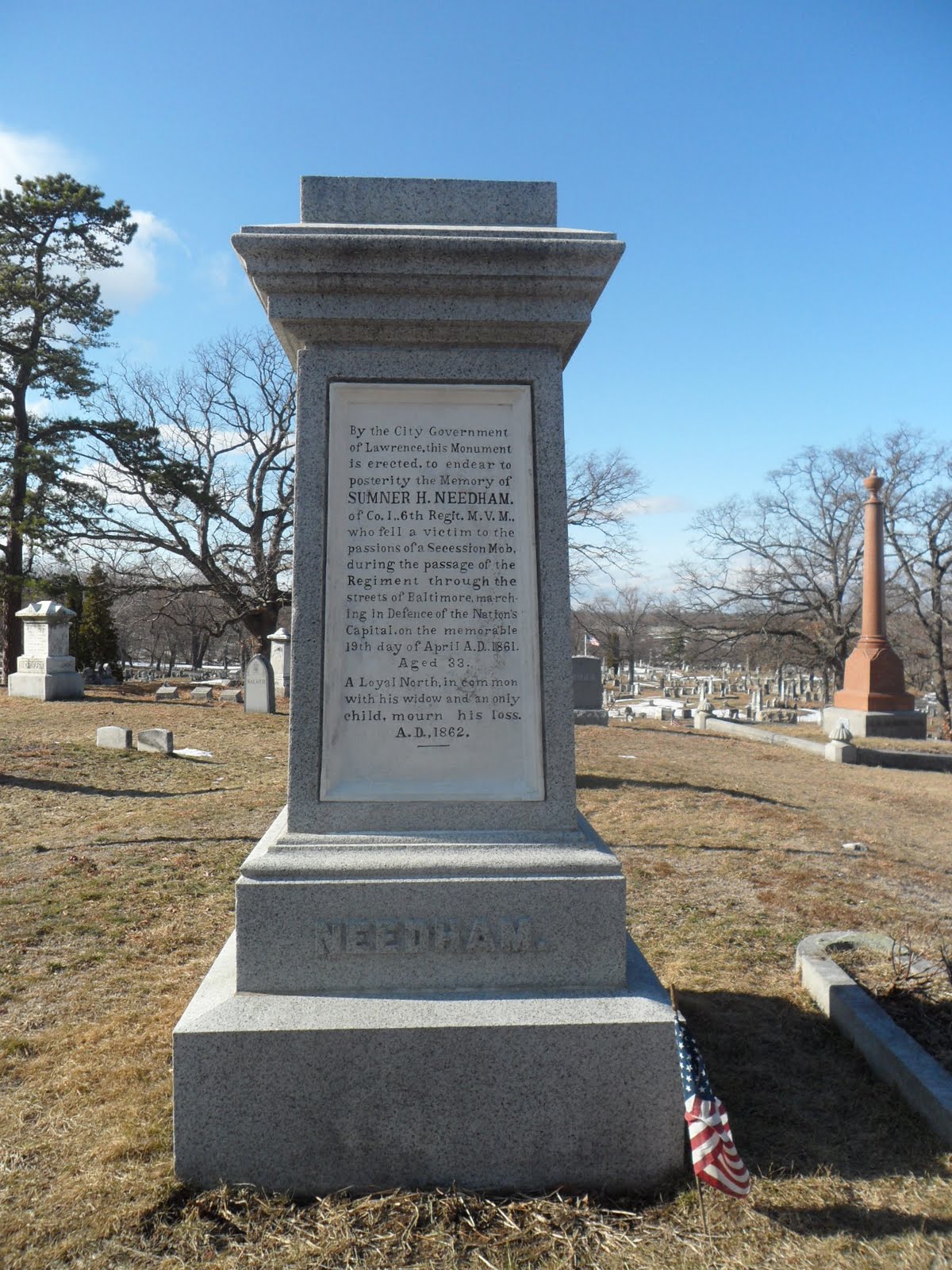 By the City Government
of Lawrence, this Monument


is erected, to endear to
posterity the Memory of
SUMNER H. NEEDHAM.
of Co. I,. 6th Regit. M.V.M.,
who fell a victim to the
passions of a Secession Mob,
during the passage of the
Regiment through the
streets of Baltimore, march-
ing in Defence of the Nation's
Capital, on the memorable
19th day of April A.D., 1861.
Aged 33.


A Loyal North, in common
with his widow and an only
child, mourn his loss.

Sumner Needham's wife Hannah was a dressmaker. She gave birth to his son December 19, 1861, 8 months to the day after his death.  Sumner could not have known he was to be a father that day in Baltimore. In all my years of reading census records I have never seen one like this:

This is the 1865 State of Massachusetts census for Lawrence, MA. Hannah Needham is listed  as "Widow of the Martyr "S H Needham".

The first Sumner grandson was born in Lawrence April 30, 1885 and he became an Optometrist. His office was in the Sun Building. 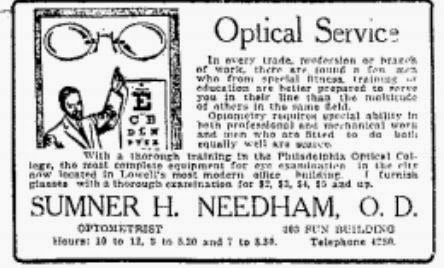 He joined the military in 1916 and served during the Mexican trouble. Then he served as a Captain during the Great War of Battery F 102nd Field Artillery. After the war he was the first to donate war trophies for the new Lowell Memorial Auditorium. He stayed in the service and was stationed in San Antonio, Texas. He was promoted to Major.  He in turn had a son named Sumner H. Needham and he also became a Major in the army. They are both buried in Fort Sam Houston National Cemetery in San Antonio, Texas.

Sadly, the other Sumner H. Needham grandson was killed when a car ran over him as a young boy.

We thank the Needham family for their service and their sacrifice.