Ralph Regis Giles known as "Reggie" was born in Nashua, NH on December 11, 1932 to Ralph and Alice (Hurley) Giles and grew up at 44 Royalston Avenue in the Highlands section of Lowell. He graduated from Keith Academy class of 1950. He played football and baseball at Keith and was an accomplished singer.

On March 20, 1951 he enlisted in the U.S. Navy as a Seaman Apprentice. He completed his training in Newport, R.I. and was assigned to the USS Hyman (DD-32) during the Korean War. On November 29, 1951 he was on duty preparing lines for refueling when he was swept overboard in stormy seas near Wonsan Harbor in North Korea. Five men were swept overboard and only three bodies were recovered.  Reggie was only 18 years old.

His body has not been found. He is remembered by a cenotaph in the Rock Garden at St. Patrick's Cemetery. 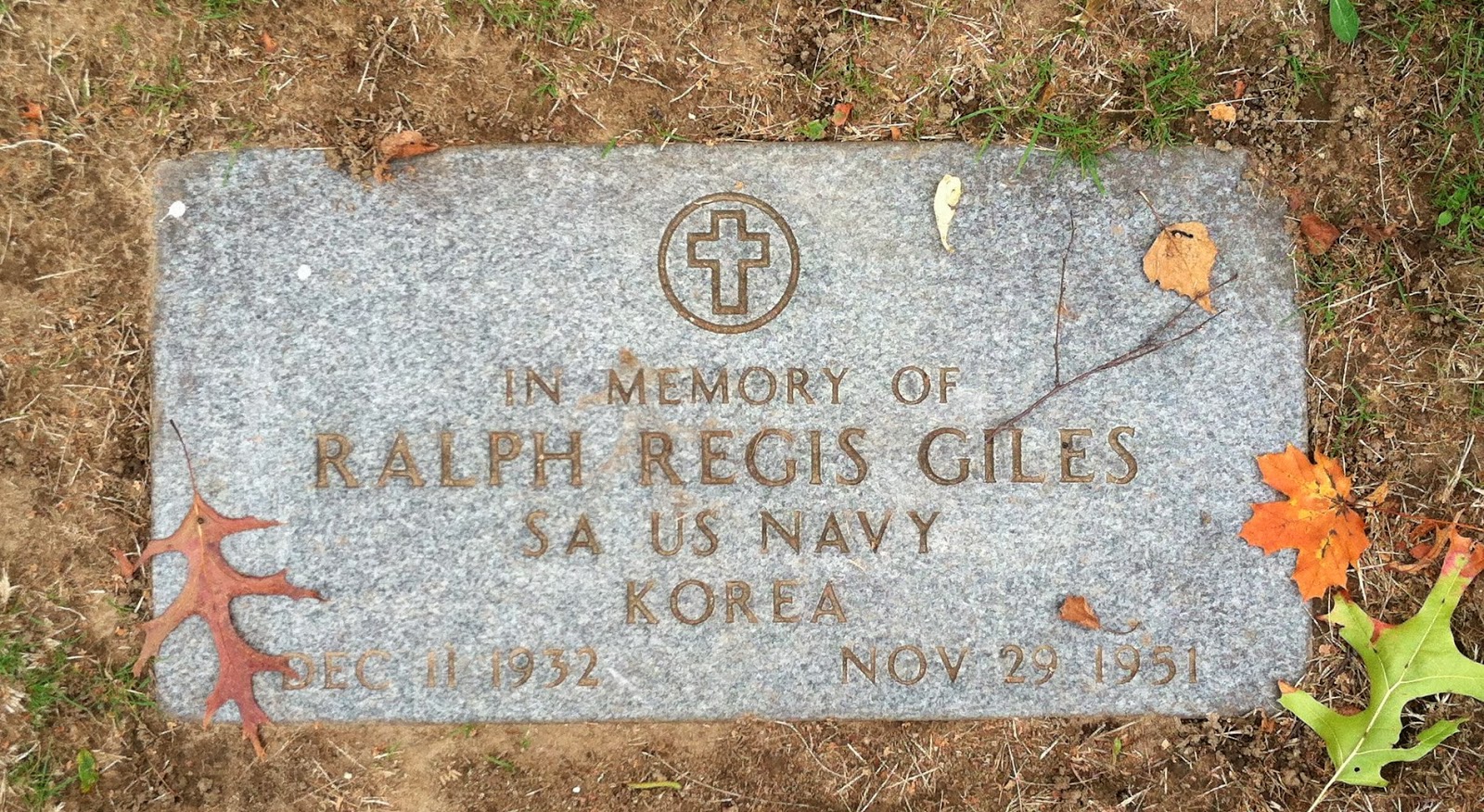 Reggie was survived by his parents, brothers Gerald and James and sister Marilyn. His siblings have provided DNA samples to the Defense POW/MIA Personnel Office hoping someday he can come home to his family. Lowell still remembers and hopes his family can bring him home wherever that may be.